Chamba: Four persons of a family were killed when the car in which they were travelling skidded into a deep gorge near Daand Moda, Churah, in the Chamba district.

The deceased have been identified as Tilak Raj (46), resident of Dughli Panchayat, district Chamba, his wife Ambika Devi (42), son Atul (18) and daughter Sumiksha (15). They were on their way to Chamba from Chauli village. Tilak Raj was serving as Superintendent of Head Post Office, Chamba.

The accident took place on Sunday night near Dand village when a driver lost control of the vehicle and plunged into a deep gorge.

The accident was witnessed by some local residents who immediately informed the police about the mishap.

A police team reached the spot and recovered the dead bodies with the assistance of local residents. The bodies were taken to a nearby hospital for postmortem.

Superintendent of Police (SP) Chamba Abhishek Yadav confirmed the report and probing the cause of accident. 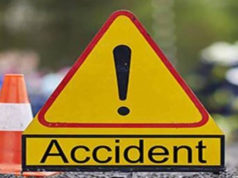 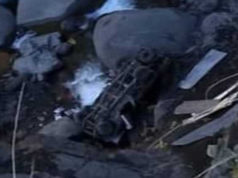 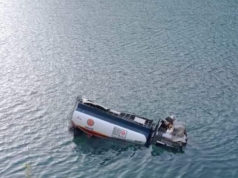