These include the elder son of the accused woman officer of the HPSSC and the brother of the tout.

The Son of the woman officer (the main accused in the case) had cleared the HPSSC exam recently with a position in the merit list of the selected candidates.

The total number of arrests in the HPSSC paper leak scam has reached eight, including six nabbed on December 23.

Meanwhile, four accused were produced before the district court and have been sent to police remand till January 2. 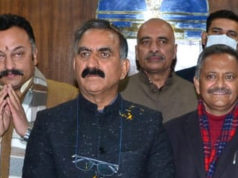