Kullu: Two Punjab residents have been arrested with 34-gram Chitta (heroin) in the Kullu district.

The accused have been identified as Shankar (38) and Rajesh Kumar (37), both residents of Hoshiarpur district, Punjab.

As per the reports, police received a tip that several persons are coming to Kullu with heroin. Taking immediate action, police set up a check post near Sainik Chowk near Bhuntar. The accused, who were travelling in a car (PB 07L 7077) were stopped by police for checking. During the checking, police found the contraband and immediately arrested them.

A case under the NDPS act has been registered against the accused and police has also seized their vehicle. 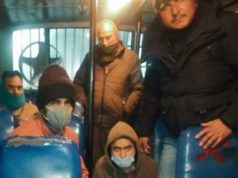 Assets worth Rs 57 lakhs of a drug dealer seized by...