Shimla: The second day of the monsoon session started on an intense note after Congress MLAs walked out during the question hour after they raised the matter of the suspicious death of former Member of Parliament (MP) Ram Swaroop Sharma.

Minutes before the question hour was about to begin, Congress MLAs Surinder Thakur, Jagat Singh Negi introduced an adjournment motion under rule 67 and demanded a discussion on the death of Ram Swaroop Sharma. However, their demand was rejected by the government.

Chief Minister Jai Ram Thakur said that though he is deeply disheartened by the untimely death of Sharma, the mishap took place in Delhi, therefore the matter does not come under the state. He said that the investigation is going on in Delhi.

Thakur said that he had talked to Sharma’s family and at that time they did not express any doubt. However, the government is ready to support them if they desire to investigate the matter from a different perspective.

Infuriated Congress MLAs raised slogans against the government and accused it of delaying the investigation, not publicizing the forensic report’s detail and trying to cool off the matter.

However, CM insisted to wait for the detailed report of the investigation.
A huge uproar broke out in the house and the opposition proceeded to walk out from the house while raising slogans against the government and demanding investigation of the matter.

Meanwhile, the question hour continued and only Communist Party of India (Marxist) MLA from Theog Rakesh Singha along with the ruling party was present there.

While addressing the media, Jagat Negi said that this is a very serious matter. Earlier, during the budget session, CM had said that the opposition should keep patience as the investigation is being carried out, however, four months have gone and still, the investigation has not reached at any conclusion. This raises suspicion on the government as if the government does not want the facts to be disclosed 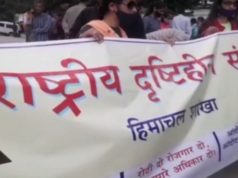 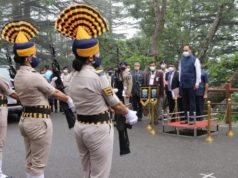 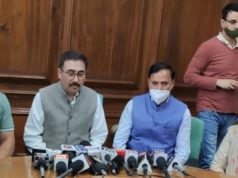 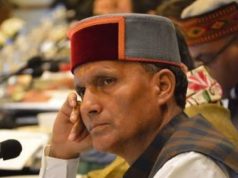