The pass percentage of the results remained at 92.77 percent, Board Chairman SK Soni said. Total 1,00,799 students were enrolled in the 10+2 of which 93,438 students have declared passed while 702 have a compartment, Soni added.

The board has not declared a complete merit list as few students have moved to the state High Court demanding physical examination.

Despite the promotion of the students about 7 percent of students were declared failed in the exams. Explaining the methodology of promoting the students, the Board chairman said the state government had framed a criterion to promote the students, and those who have failed to secure 33 percent been declared failed, the Chairman answered.

Education Minister Govind Singh Thakur has congratulated the students. Thakur said that the Board has declared 12th class result as per the laid down criterion. 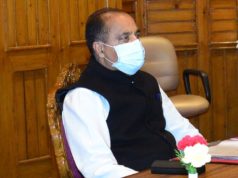 Himachal Board exams for the 10th, 12th and UG exams postponed

Education Board to start semester system in schools