Shimla: Himachal Pradesh on Sunday has reported 10 deaths due to coronavirus, the highest in recent weeks. Total deaths due to the virus in the state have now reached 1,057.

Meanwhile, coronavirus cases continue to surge in an alarming rate in Himachal Pradesh. As many as 404 persons have tested positive for the virus on Sunday. COVID-19 cases have breached 400 cases mark for the fourth consecutive day. Total COVID-19 tally in the state now stands 65,242 while total active cases have reached 3,577. However, 256 patients have also recovered on Sunday. 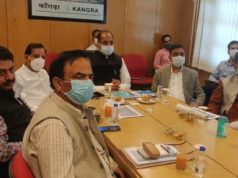