Himachal Pradesh Governor Urmila Singh laid foundation stone of Rani Park near Parimahal to be developed at an estimated cost of Rs 1.35 crore by the Municipal Corporation Shimla here today. Chief Minister Virbhadra Singh was also present on the occasion.

The project came up as a result of the vision of Governor, who acceded the land which was under the ownership of Rajbhawan for the development of a multipurpose park in the interest of the people residing in the area, a gift, which the local residents would cherish for all times to come.

The park which would largely facilitate the huge population residing in the area came up after the initiative of the Governor, who during an unofficial visit to the area took notice of the neglected state of the ground. She directed the Municipal Corporation authorities to prepare a plan for proper utilization of the space in the midst of the town, which could be highly useful for the local residents especially youth, senior citizens and children if developed properly.

Urmila Singh also directed the MC Authorities to ensure its completion at the earliest so that local people could be benefitted.

The park would cater to needs of people of all age groups and consist of swings, sea-saw besides play areas for children, a badminton court for the youth, viewing decks, meditation enclosures, passages for brisk walks, gathering spaces for the locals and public alongwith public conveniences. Special efforts would be made to address the needs of differently-abled also.

Chief Minister while appreciating the gesture said that the Park would be useful to the people of all age groups. 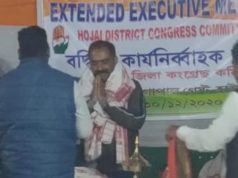