Pandit is facing various criminal cases including murder, robbery and attempt to murder against him and had been living in Himachal in disguise, police claimed

Pandit was released on bail last year and recently court declared him a proclaimed offender. Pandit is also accused of killing his rival Paras Khatri.

Gangster was in contact with many gangsters and used to commit crimes in coordination with them, Punjab Police claimed.

The police will seek his remand after producing him in a local court. 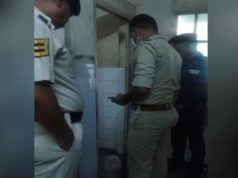