The 15th edition of the QS World University Rankings (Asia) features 757 institutions – up from 687 last year and making it the biggest ranking for this region yet. The major locations represented include China Mainland (128 institutions), India (118), Japan (106) and South Korea (88), accounting for more than half of all ranked institutions.

Shoolini University was ranked in the 271-290 last year. Again, it is the lone representative from Himachal Pradesh.

Furthermore, Shoolini’s citations per paper are the highest in India and the 9th best in Asia.

Chancellor Prof. PK Kholsa stated that we have not only improved our rank but also the university is bringing home laurels year after year.

“We are looking forward to improving further in our mission to fall among the top 200 world universities in the Times Higher Education rankings in the next three years,” said Prof. Atul Khosla, Vice Chancellor Shoolini University. 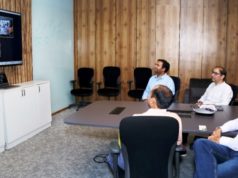