Shimla: In a major catch, Shimla police on Sunday has arrested three persons with 580 grams of heroin (Chitta) in two separate cases.

In the first case, one person from New Delhi was arrested with 324 gram of heroin (Chitta) and 3.58 g MDMA in Shimla.

The accused has been identified as Roshan Kumar, a resident of New Delhi.

The accused was travelling in a Haryana Roadways but that was en route to Shimla. When the bus reached near the state’s capital, police stopped the bus for checking. During the checking police found the contraband from the possession of the accused.

Police seized the contraband from the accused and arrested him immediately. A case under section and 21 of the NDPS act has been registered against the accused.

In another case, two Punjab residents were arrested from Shimla with 255.83 g of heroin (Chitta).

A case under sections 21 and 29 of the NDPS act has been registered against them.

Superintendent of Police (SP) Shimla Monica Bhutungru confirmed the report and said the police is conducting the investigation. 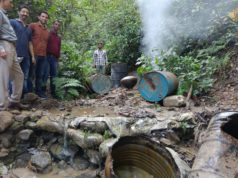 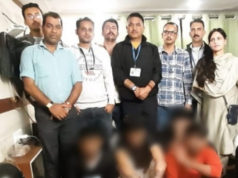 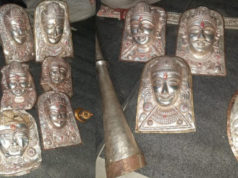