New Delhi: The Election Commission has postponed the Punjab Assembly polls to February 20 in view of the Ravi Das Jayanti celebrations.

Earlier, the assembly election is to take place on 14th February 2022.

The Commission has received representations from the State Government, Political Parties and other organizations drawing attention regarding the movement of a large number of devotees from Punjab to Varanasi for participation in Sri Guru Ravidas Ji Jayanti celebrations, which is observed on 16th February 2022.

A large number of devotees start moving to Varanasi around a week before the day of celebration and polling on February 14 could have deprived them of exercising their rights.

“In view of this, they have requested to shift the poll date a few days after 16th February 2022,” the commission said in a press communique.

The election commission has also taken inputs from the Chief Electoral Officer Punjab.

Now, the Commission has rescheduled the General Elections to 20th February.

Now, as per the new schedule, the date of notification is 25th January, while the last date of filing the nomination is 1st February. Candidates can withdraw their nomination till 4th February.

The Counting of Votes will be on 10th March. 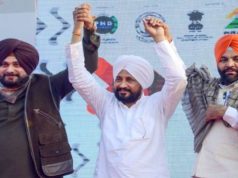 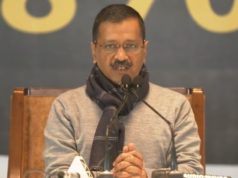 Verbal spat in public, over Central University causes embarrassment to the...