Chief Electoral Officer C. Paulrasu said that 50 percent of the polling stations in the Bye-Elections of Mandi Parliamentary Constituency and Fatehpur, Arki and Jubbal-Kotkhai Assembly Constituencies would be connected through webcasting.

The step is taken for effective monitoring of the voting process. 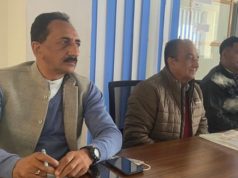