Kullu police on Monday has arrested one administrative worker from Regional Hospital, Kullu in case of theft of 36 Ramdesivir Vials from the aforementioned hospital.

According to police, it had received information from RH Kullu that 36 vials of Remdesiver are missing from the hospital. The Hospital administration initially started to investigate the matter on its own level but could not come to a conclusion.

The Hospital administration then informed the police and mentioned that they suspect a staff member.

Superintendent of Police (SP) Kullu Gaurav Singh confirmed the report and said further investigation is on.

“It is being investigated that why and how did the accused stole the vials,” said Singh.

Remdesiver is used to treat COVID-19 patients and was sent by the state government to the hospital. 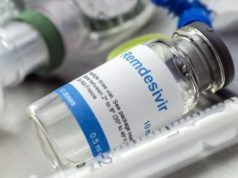