Due to COVID-19 impact, as per first advance estimates, Himachal’s GSDP for fiscal 2020-21 is estimated to contract by 6.2 per cent.

The Agriculture & livestock sector registered a positive growth of 18.3 per cent in 2019-20 at constant (2011-12) prices with a Gross Value Added (GVA) of Rs. 10,583 crore as compared to Rs. 8,949 crore for 2018-19. However, during 2020-21 a contraction of 3.1 per cent has resulted due to a decrease of 43 per cent in horticulture production. The share of Agriculture and allied sectors a key sector that supports 60 per cent of the population in Gross Value Added (GVA) of the State at current prices has declined from 15.89 per cent in 2015-16 to 13.62 per cent in 2020-21. The share of agriculture and allied sectors in the total GVA of the State has been declining on account of relatively higher growth performance of non-agricultural sectors due to structural changes taking place in the economy and is in line with national and international trends.

Tourism sector did well in 2019 and witnessed a 4.63 per cent growth in both foreign and domestic tourist arrivals as compared to 2018 where negative growth of 16.08 per cent had been witnessed. One of the hardest hit sectors by the Covid-19 pandemic was tourism; it saw a contraction of 81.33 per cent in foreign and domestic tourist arrivals in 2020. Trade, Hotel and Restaurant sector showed a contraction of 9.2 per cent during 2020-21 as against a growth of 4.6 per cent in 2019-20. Transport by other means, namely, road transport (mechanised and non-mechanised), water transport, air transport and services incidental to transport, too showed a negative growth of 28 per cent during 2020-21 as against 5.6 per cent growth during 2018-19.

Himachal economy suffered serious effects on approximately all of its sectors, ranging from acute to minor. The economy received two reinforcing shocks on both demand and supply. The largest shocks are witnessed in transport, mining and quarrying, forestry and, in logging and construction. Tourism plays an important role in revenue generation and livelihood of people of the State; this was hit the worst due to COVID-19 lockdown. State Government played a pro-active role and took many steps to mitigate the COVID-19 effect.

Himachal has an estimated hydro power potential of 27,436 MW out of which 24,000 MW has been assessed as harnessable while the Government has decided to forgo the rest to safeguard the environment and to maintain ecological balance and protect social concerns. Industries sector has the highest consumption of power (58 per cent of total power consumption) followed by domestic sector (24 per cent) in the State.

Trends in the Industrial Sector

Trends in Expenditure on Social Services

Since March 2020, most schools have been closed due to the COVID-19 restrictions. To meet this challenge, Government has implemented several initiatives to make education accessible to children during this pandemic. COVID-19 has demonstrated the importance of investing and strengthening public health system. Himachal has made significant and notable progress in this direction over the last five decades. The COVID-19 pandemic put the health infrastructure of Himachal Pradesh to a great test. The pandemic brought forth the inherent strengths of the medical fraternity in effectively managing the spread of the disease. As of 19 February, 2021, a total of 58,344 COVID positive cases were reported in Himachal Pradesh. Recovery rate at 97.8 per cent is high, but sadly, 981 lives were lost. To combat this pandemic, Himachal has so far administered 1,58,939 vaccine doses.

Himachal Pradesh has been progressing very well in the achievement of SDGs and achieved 1st rank along with Kerala during the SDG index report 2018-19 whereas, in SDG India Index 2.0, 2019-20 report the State held the 2nd rank in the country. The State has taken several steps for integration of the SDGs into budgetary and planning process. The State has shortlisted 138 key indicators and targets for monitoring progress on SDGs, out of which 12 have been achieved, 38 are to be achieved by 2022 and 87 are planned to be achieved by 2030. 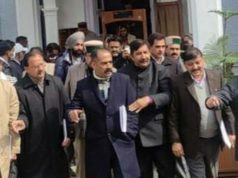 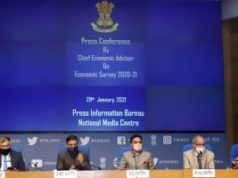 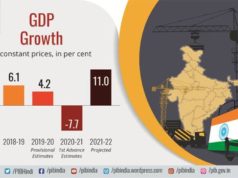 Only thing to be discussed with Pakistan is handing over of...