A spokesperson of State Election Commission said that according to the information received overall polling was 77.50 percent till 7 PM.

The election of second phase for 1208 Panchayats will be held on 19th January and for third phase on 21st January, 2021. 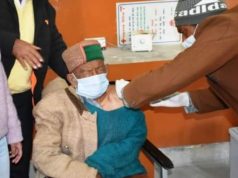