Hamirpur: Himachal Pradesh Staff Selection Commission’s (HPSSC) Junior Office Assistant (IT) postcode 965 exam that was scheduled to take place on Sunday has been cancelled after a female officer was arrested for taking Rs 4,00,000 as a bribe to leak the paper.

The accused have been identified as Uma Azad, Sr Super Secrecy Branch, HPSSC, her son Nikhil Azad, residents of Housing Board Colony, Hamirpur. Two more candidates who had made online payments to buy the paper have also been apprehended.

According to reports, police received a tip that one accused named Sanjay had contacted the complainant and had offered to provide the question paper of the said examination for Rs 2,50,000.

Taking immediate action, the Vigilance and Anti-Corruption Bureau, Hamirpur formed a trap team and sent it to the accused residence. At the same time, the complainant was once again contacted by Sanjay who took him to the residence of the accused where the Vigilance team nabbed them red-handed with cash and question papers. 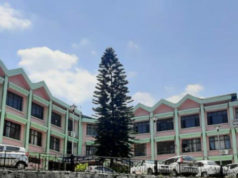