The National Law University conferred degrees, honoris causa, on four well-known jurists from across the nation. Apart from this, one PhD in Law Degree; 108 LL.M. Degrees, and 157 Degrees of B.A./B.B.B.A. LL.B. degrees were awarded in the Convocation.

In addition, 18 Gold Medals and Prizes were also conferred.

Ruby Yadav, Shagun Sharma, Vershika Sharma and Anushka Ukrani were conferred with Vice-Chancellor’s Gold Medal for their exemplary academic performance in the postgraduate programme. Whereas, in the undergraduate, Nikhat Jamal and Pranjal Sharma were conferred with gold medals.

Learned Judges from the Supreme Court of India, Members of the Governing, Executive, and Academic Council of the University, and the Judges of the High Court of Himachal Pradesh graced the occasion.

Vice-Chancellors from various National Law Universities across the country also participated in the convocation. 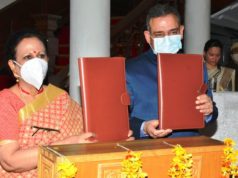 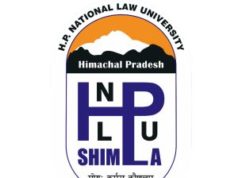 IIM campus to set up at Dhaulakuan in Sirmaur district