Dharamshala: The Himachal Pradesh police has filed a charge sheet against 91 accused in a police recruitment paper leak case in the Additional CJM Court in Kangra.

The charge-sheeted persons include 20 middlemen, 70 candidates and one father of a candidate. All the accused were booked under section 420, 210B and 201 of Indian Penal Code (IPC) in Gaggal police station in Kangra district.

Police said that it has recovered as many as 185 mobile phones, five laptops, three pen drives, 10 hard disks and memory cards. Police further said that these materials have been sent to a forensic lab and its report is being awaited.

The charge sheet filed mentions that the call records and WhatsApp chats recovered from the phones of the accused have revealed that there were three interstate gangs of Haryana, Uttar Pradesh and Bihar were selling question papers through agents.

The accused candidates had made online payments and had handed over cash to buy the leaked question papers.

Police said that the candidates who have bought the question paper have been disqualified and will not be allowed to appear in the fresh examination that is being conducted today.

The police recruitment paper leak case was unearthed after Kangra Police noticed that several candidates who appeared in the previous exam that occurred on March 27, had secured good marks in the exam but had secured below-average marks in their school examinations.

An investigation was initiated by the police and Chief Minister Jai Ram Thakur announced that a fresh exam will be conducted on July 3. The case has also been handed over to CBI but CBI is yet to take over the investigation. 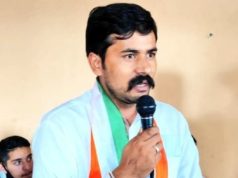