Shimla: In the MLA priority meeting here on Tuesday, the state Chief Minister informed that under NABARD, 186 projects were sanctioned under MLA priority schemes for the year 2021-22.

These projects were worth Rs.965.41 crore, the CM stated.

During the meeting, Chopal MLA Balbir Singh Verma demanded to install crash barriers on the roads of the area. He demanded funds for the construction of Civil Hospital Kupvi. MLA Theog Rakesh Singha, while attending the meeting virtually, sought the construction of CA stores to facilitate the apple growers. MLA Kasumpti Anirudh Singh suggested transferring the Lakkar Bazar bus stand to Dhalli to avoid traffic congestion and also demanded to open a girl’s college at the Malayana in Shimla city. 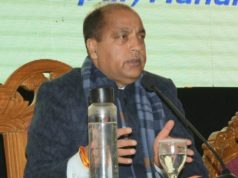 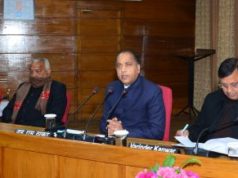