Ram Subhag Singh, in a virtual review meeting on winter season preparedness, directed the Deputy Commissioners and officers of line departments to prepare for adverse situations and to stockpile essential items, especially for snowbound areas.

The meet was organised by Disaster Management Cell- Revenue Department with the Deputy Commissioners and other line departments on Thursday.

Ram Subhag Singh has directed to identify the shadow areas and ensure the preparedness of communication systems, especially in tribal and far-flung areas. He asked to explore alternate options of communications and to conduct a mock drill to check the functionality of all modes of communications such as mobile, landlines, ISAT, VSAT, etc.

He also directed identifying vulnerable areas and deploying manpower and machinery by prioritizing areas for snow clearance. He asked the authorities to make special arrangements for the adjoining area of the Atal Tunnel because a large tourist influx could occur in these areas during the winter season. He also asked the Deputy Commissioners of low-lying areas of the state to make preparedness for cold waves during winters and to provide shelter to those living in open areas.

Chief Secretary also directed the Police Department for the formation of Quick Reaction Teams (QRT). He also asked the officers to give requisition of snow blowers and other machinery required for snow clearance in snowbound areas. He also took stock of the preparedness of avalanche-prone areas. 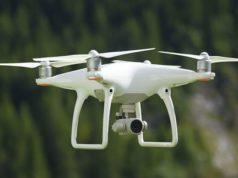