Forest Minister Rakesh Pathania, in the 21st meeting of the Board of Directors here on Thursday, decided to give a bonus to officials of Forest Corporation for the year 2020-21.

Corporation Board decided to enhance wages of daily wagers and part-time workers of Forest Corporation as per the policy of the government.

The officers and officials of Forest Corporation would be given Dearness Allowance (DA) of six percent from 1st July 2021 like state government employees, Corporation further approved.

Corporation Board also decided to regularize contractual employees of the Corporation like state government employees.

The BoD also decided to enhance the Diwali Bonus of employees working in the Rosin and Turpentine factory of Forest Corporation. 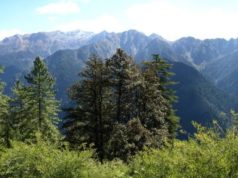