Shimla: Shimla Police has arrested a Cameroon national (Central African country) and seized 206 gms of heroin/Chitta and Indian Currency of Rs 38,750 from her possession.

A team of police, headed by Shimla Additional Superintendent of Police (ASP) Praveer Thakur arrested the 41-year-old female, a resident of Cameroon, Mafo Teague Juliette at the Shoghi barrier last night in a case under section 21 of the NDPS Act has been registered against the accused.

Thakur said that the woman was currently staying in Delhi and used to come to Shimla to sell heroin/chitta.

Earlier during the day, SI Ramgopal, Incharge PP Kusumpti arrested a student of a Private University in Shimla and seized 3.19 gms of herion in his possession.

Ramgopal along with his police team during patroling at Mehali, Sargin, on suspicion, arrested the accused, 25-year old Duale Danu Derrick,  a resident of Republic of Congo and registered a case under NDPS Act.

On his interrogation, he revealed about the backward linkage, after which ASP, Praveer Thakur and his team on the basis of information of Duale Danu, worked hard and were successful in apprehending the women later during the night.

He will be produced in the court today. 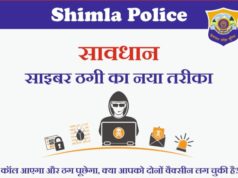 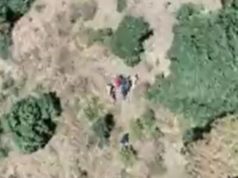 One tourist killed, three injured in an accident in Lahaul-Spiti