The Government of India conducts periodic survey known as National Family Health Survey for seeking the coverage data and performance of each state and Union Territory in respect of population, health and nutrition.

Dr. Jindal said that said that full immunisation coverage is conducted based on number of children aged 12 to 23 months who have been administered the complete set of vaccines as per universal immunisation programme.

He said that this improvement has been possible because of adoption of technological intervention for planning and actual implementation on the field including generation of due lists, etc. This has been backed by increased awareness and diligent functioning and supervision by the field level officers. He said that this increase in immunisation has led to substantial decrease in the Under 5 Mortality Rate and the Infant Mortality Rate which have come down to 23 and 19 respectively as per SRS-2018 data.

Mission Director said that the progress in immunisation shall further consolidate the gains made in reduction of Under 5 Mortality Rate and Infant Mortality Rate. He said that as per communication received from Govt. of India, Himachal Pradesh has been removed from the list of states, where mission Indradhanush based on the gaps identified in immunisation is required to be carried out.

He further said that as many as 29 States and UTs have figured on the list and Himachal Pradesh is amongst the only four states in which no gap has emerged in immunisation due to ongoing COVID-19 pandemic in any of the districts.

He said that last year, Chamba District had been identified as mission Indradhanush district due to gaps in drop-outs and miss-outs for immunisation. However, Health Department and the District Administration Chamba responded in befitting manner and registered more than 100 percent progress.

Dr. Nipun Jindal said that state has improved on most of the counts in NFHS-5 as far as health indicators are concerned. Total unmet need for family planning is reduced around 15.7 percent to 7.9 percent and institutional births have improved from 76.4 percent in the last round of survey to 88.2 percent in the year 2019-20. He further added that Health Department has undertaken holistic measures to ensure that the services delivery for the non- COVID health services is minimally affected due to the COVID-19 pandemic as far as National Health Programmes are concerned and the state shall continue to consolidate the gains due to these interventions in the coming years. 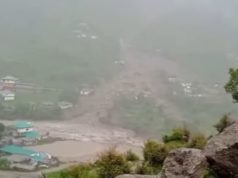 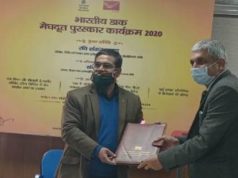