The Chief Minister said that Santosh Shailja was an educationist, writer and social worker who always stood for the cause of poor and down trodden people.

Himachal Governor Bandaru Dattatraya mourned the death of Santosh Shailja. In his condolence message, Dattatraya said that Santosh Shailja was a noble soul and an ideal housewife with spiritual feelings. Recalling his closeness to his family, he said, “She used to meet very cordially and always had a smile on her face. She was very calm”.

The Governor prayed for peace of the departed soul and conveyed his sympathies with the bereaved family members.

Former Chief Minister Prem Kumar Dhumal also condoled the death of Santosh Shailja. He prayed to the almighty to grant peace to the departed soul and strength to the bereaved family members to bear this irreparable loss. 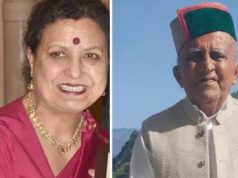 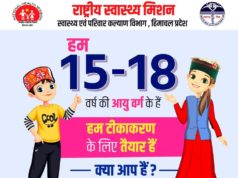