Shimla: Forest Department of the state is exploring the possibility to set up pine unit in the State. Pine needles are major cause of Forest fine in the state.

Forest Minister Rakesh Pathania, in a meeting of the Forest Department to explore the avenues for setting up a forest-based industry, stressed for the need of setting up pine units.

Forest department is already providing investment subsidy of 50 per cent of the capital cost for establishing pine needle-based industry. And under which machinery, building, equipment, etc would only be covered.

As per the amendments in HP Forest Produce Transit Rules 1978 during 2006, the pine needles are treated in the list of Minor Forest Produce and export permit fee has been fixed for rupees five per quintal.

Policy and guidelines for collection and removal of Chil Pine needles was also discussed in the meeting.

Rakesh Pathania said that industries and stakeholders such as panchayats, mahila mandals, yuvak mandals, NGOs and village forest management societies, etc would be encouraged to involve in removal of chil pine needles. 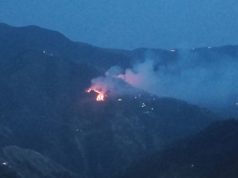