Nauni/Solan: Over the years, the Directorate of Extension Education at the Dr YS Parmar University of Horticulture and Forestry Nauni has become the one-stop destination for farmers from the state looking to hone their agricultural and horticultural skills.

Aiming to help farmers the Directorate has conducted 247 training camps. These camps have helped it to reach 11000 farmers. Out of the total, 86 trainings were conducted at the headquarters itself while the remaining were held at the different Krishi Vigyan Kendras (KVKs) and Regional Horticultural Research and Training stations of the University located in different districts of the state.

These camps ranged from one day to even a month. Moreover, the directorate also generated an income of over Rs 50 lakh from these sponsored trainings. The Directorate of Extension Education is not only catering to the training needs of Himachal farmers, but also conducted 18 camps for agriculturalists from outside the state including Sikkim, Uttarakhand, Rajasthan and Jammu and Kashmir. The trainings covered topics related to cultivation of vegetable, fruits, mushroom, floriculture, medicinal plants, beekeeping and post-harvest technology.

Appreciating the efforts of the scientists and extension workers of the University for the Achievement, Dr Vijay Singh Thakur, UHF’s Director of Extension Education said,

“The past year has been really fruitful and we have been successful in providing training on the agricultural and horticultural needs of the farmers from all districts of the state.”

He added that in addition to the camps, the directorate also conducted 57 exposure tours, 176 queries were addressed through Kisan Call Center and several other through the courier service. The university scientists also covered many important farming issues in the radio talks held from time to time. The KVKs and the DEE were also involved in celebrating various national events like the National Women Farmers Day, Nutrition Day, Krishi Unnanti Divas etc and helped in the promotion of various self-help groups. Thirty-six technical books were also published by the Directorate in the past year and were distributed to the participants of different camps.

“This year’s figures will act as the baseline for the coming year and the extension specialists have already geared up to improve upon these numbers,” said Dr Thakur. Dr HC Sharma, UHF Vice-Chancellor also congratulated the Directorate for its efforts.

In the past year, two major ‘Kisan Melas’ was also organized at Sarsu and Dharon ki Dhar villages located in the Sirmaur and Solan districts respectively where farmers from several panchayats were invited. Moreover, a state-level Kisan Mela under the ‘farmer first’ initiative was held at Karsog in the month of March and was attended by more than 500 farmers. The scientists of the university interacted with the farmers and provided information about the various government schemes like Soil Health card etc at these events. 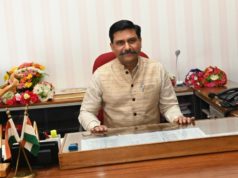 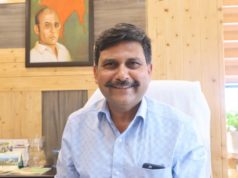