Education Minister assures to resolve the issues of regularization of PTA, PARA and SMC teachers

Shimla: Education Minister Suresh Bhardwaj assured to settle the issue related to the regularization of PTA, PARA and SMC appointed teachers. Education Minister, while replying to the cut motion in the Vidhan Sabha, stated that the case against the appointment of PTA appointed teachers in Supreme Court has been withdrawn and now government will introduce proper policy and regularize the teachers.

Bhardwaj assured to bring parity on salary among teachers. He also assured to reign private owned school and put all record except fee on public domain. Speaking on the transfer policy, Bhardwaj vowed to end transfer mafia.

Theog legislature Rakesh Singha advised to being private schools under government regulation and take control of fee and appointment of teachers in the schools. Singha said that private institutions have transformed into commercial units and their only motive is to collect money and government should reign them immediately. He also pitched to rethink over the RUSA system.

Sukhvinder Singh Sukhu advised for starting a regulatory commission for private Schools and a proper policy of regularizing the services of PTA, PARA and SMC appointed teachers. 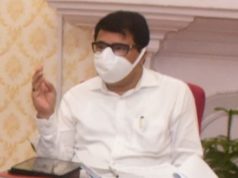