Nauni/Solan: To minimize the damage caused to pine trees by resin tapping and simultaneously increase the quality of the collected resin, the scientists of the Forest Products Department at the Dr. YS Parmar University of Horticulture and Forestry Nauni have devised a novel technique called borehole method for oleoresin extraction.

The University scientists had previously standardized the ‘rill method’ in the 1980s to avoid the damage to trees at the base. However, in the past decade, intensive tapping by rill method has resulted in drying of thousands of pine trees. It has also been observed, that the application of higher concentration of acid, used as a freshener, has been adversely affecting the growth of trees and even the tapped surface area is not healing.

The new method involves drilling small holes (1 inch wide and 4 inch deep) with the help of simple tools into the tree to open its resin ducts. The holes are drilled with a slight slope towards the opening, so that oleoresin drains freely. Multiple boreholes are arrayed evenly around the tree’s circumference, or clustered in groups of two or three. Spouts are tightly fitted into the opening with polythene bags attached to it with the help of tie for resin collection.

“The new technique was developed in an attempt to overcome some of the limitations of other conventional methods. A key feature of the method is that a closed collection apparatus prevents premature solidification of resin acids, thereby maintaining oleoresin flow for an extended period of up to six months. Due to reduced oxidation and contamination, the end product is of higher quality with substantially higher turpentine.”

Dr. Rai added that unlike the rill method, the borehole method does not need any bark shaving and simply a hole made in the basal portion of tree serves the purpose of resin extraction.

Field trials of the method have found that oleoresin yields in pine averaged 600-900g per borehole or nearly two kg per tree with three boreholes. The average yield per tree is almost the same if numbers of boreholes on a tree are adjusted as per the maximum carrying capacity of the tree. The method also allows tapping of lower diameter trees depending upon their potential of production without having any impact on their health. The crown fire hazards incidents are also less because there is no hard resin accumulation on the main stem and spread of ground blaze can be easily avoided by removing the bags well in time.

Dr. HC Sharma, Vice Chancellor of UHF Nauni said, “The resin and turpentine oil obtained from borehole method is of very good quality, which can fetch higher prices in the market. In addition to tackling the problems of tree health, labour requirements and costs for borehole tapping are significantly lower than conventional methods.”

The borehole wounds cause little damage to the tree bark and since these holes are near the ground level, only a healed scar can be seen in the converted woods. Therefore, there is no damage to the merchantable part of the tree. This technique can prove to be very effective in conservation and management of pine resources in India and if implemented, the method can prove to be a major boon for the resin-based industry of the state. 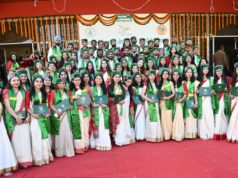 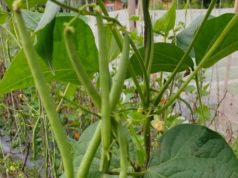