We are all fed up of the increasing petrol prices in the country, even when the international prices are static or decreasing. And one constant reason we are getting is that the value of our currency ‘Rupee’ is constantly falling in comparison to the US Dollar. Everyone is surprised and is looking for an exact reason to it. Some experts say the US economy is strengthening and few economists have opinion that Indian economy cannot sustain on its own – or we cannot feed our consumers on our own. And if the latter is believed, then India doesn’t have the needed infrastructure to support its need and demand. If even after 65 years of independence or self rule (that sounds more logical in present scenario or political will) we have not become self sufficient then the blame automatically goes to our policymakers, who have let us down.

If I am not wrong, the value of a currency depends on factors that affect the economy such as imports and exports, inflation, employment, interest rates, growth rate, trade deficit, performance of equity markets, foreign exchange reserves, macroeconomic policies, foreign investment inflows, banking capital, commodity prices and geopolitical conditions.

Reasons for the sharp fall in the rupee:

1. Dollar strength: The dollar index has been rising on signs of growing economic momentum in US economy and end to the Fed’s stimulus effort.

2. Widening trade deficit: Rising deficit is bad for India as it exposes the economy to the risk of sudden stop and reversal of capital flows. As the US economy is looking up on growth, there might be sudden outward flow of USD. The slowdown in the Indian economy has made the current situation even more volatile because the government is unable to generate heavy capital inflow. India’s current account deficit was equivalent to a record 6.7 per cent of gross domestic product in December.

3. Weakness in domestic equities: Foreign institutional investors have been selling index futures in the last week. This is a hedging move as FIIs expect stocks (cash segment) to fall in the near term, traders said. FIIs have been a key support for markets (and the rupee) after buying over $15.38 billion (Rs.90,000 crore) worth of shares this year as of last week.

4. Rising import bill: Oil and gold imports account for 35 per cent and 11 per cent of India’s trade bill respectively. Traders say there has been continuous demand for the greenback from oil importers, the biggest buyers of dollars in the domestic currency market, pushing the rupee lower. Similarly, falling gold prices have offset the governments and the central bank’s moves to reduce gold imports, which increases current account deficit and weighs on the currency.

5. Weak economic fundamentals: Weak economy and no signs of a quick fix solution are weighing on the rupee. The UPA government is unlikely to deliver far reaching reforms to generate heavy capital inflows, as it did last September to stave off the loss of India’s investment grade credit rating, experts say.

The Reserve Bank of India (RBI) took further steps to tighten banking system liquidity and support the falling rupee.Just after a week of taking exceptional measures to stem the currency’s decline, the RBI made liquidity tighter and costlier for banks, which in turn is expected to increase demand for rupees and reduce volatility

1. The RBI lowered the overall limit for borrowing under the daily liquidity adjustment facility (LAF) – which offers funds in exchange for collateral – for each bank to 0.5 per cent of deposits from 1 per cent.

2. The RBI also said banks needed to maintain 99 per cent of their daily cash reserve ratio requirements – the deposits they must set aside – with the RBI, as against 70 per cent now

3. The RBI also capped the borrowing limit for an individual standalone primary dealer under the central bank’s daily repo window at 100 percent of net owned funds from July 24.

The rupee had steadied somewhat since the RBI took unprecedented steps last week to try to create demand for the currency by aggressively draining cash from money markets and sharply raising short-term interest rates. Some of the rupee’s fall – 12 per cent since May and including a record low of 61.21 to the dollar on July 8 – reflects a broader selloff in emerging markets on signs the United States is preparing to wind down its economic stimulus.

However, a record high current account deficit, concerns over a decade-low growth and now uncertainty over the central bank’s monetary policy stance, which had been on a easing path until May, have prompted foreign investors to remain persistent sellers of Indian debt since late May of $11.5 billion.

4. The RBI also announced sale of Rs. 6,000 crore of short end cash management bills to drain out more cash from the banking system.

BJYM leader and former banker Chetan Singh Bragta put all blame on the government’s macro-economic policy, especially the exchange rate policy that he believes is obsolete, and way behind the current crisis. Bragta added that the problems are fundamental and UPA government does not seem to realize the basic problem which is the huge deficit on current account and over dependence on capital inflows. The biggest problem seems to be India’s huge current account deficit, which hit a record high 4.8 per cent of gross domestic product in fiscal year 2013. Chetan said

Series of measure were taken by the UPA but I guess too less and too late. I am in the view that the recovery might be short lived as these measures will do little to correct the fundamental reasons that are driving the rupee lower

This deficit was being financed by foreign money for last many years, but as the U.S. economy is growing there is increasing likelihood that the USD Reserves will outflow from India as India does not seem to be a prefer destination of the investors due to an absolute paralysis on the decision making by the political masters (UPA).

The foreign institutional investors (FIIs), who have pumped almost $14 billion into India so far this year and $22.2 billion last year. So there is a clear gap. We cannot expect foreign investors to keep financing us when we keep incurring deficits year after year. Foreign investors are getting extremely disappointed with what’s happening with Indian economy. As per the latest data FII outflow in July alone was $ 3 billion (approx. INR 18500 cr).

The government’s decision to hike duty on gold, the second biggest import item, has helped cut imports by 81 per cent in June from the previous month. However, if FIIs continue to pull out, the government will have to come up with new plans.

The Reserve Bank, too, lacks fire power because it has foreign exchange reserves to cover imports for seven months only.

Just think that how many Indian companies are generating foreign currencies surplus. You hardly think any one name except IT sector.

Electronic – No Indian company – other side we are sending back our hard earn profit to companies like Samsung, LG, Apple, Sony etc.

IT– Microsoft, Apple, Google except few like Wipro, TCS and Infosys gives us some cushion.

Petro – We are already making huge losses as we are not generating surplus in the sector.

Just think where and which industry is strengthening our rupee value, we are just churning our currency value in India only.

This all due to open trade policies, which are wrongly implemented in India. We are not supporting or our domestic business structure. If we can give some support to our Indian company to compete with such huge MNC than there is slight chance to save the value of rupee. So we need to put lot of restriction to importing policy and advisory to theses well settled MNC’s.
Moreover worse is that our country huge amount is laying outside the country as black money which is already valued a lot.

The message is loud and clear. Unless more concrete steps are taken to address the fundamental problems plaguing the rupee, the currency will continue its slide on a one-way street.

However, the larger question is of mismanagement of economy. Any sound economy must depend upon robust domestic investment and savings. Hard fact is that Indians are not investing in India because atmosphere is not conducive. There is corruption, indecision, overwhelming uncertainties and policy paralysis. Except inflation and fiscal deficit all the other parameters of Indian economy from import-export, infrastructure development, manufacturing to industrial development all are down. Indian economy today is in shambles. Under an economist Prime Minister and there is no hope. India needs a strong political leadership which can take stringent decision for the economy. A brief note on Apple Import 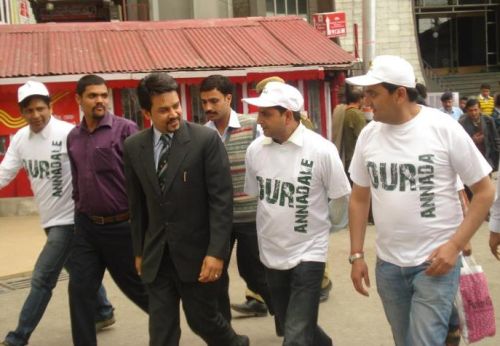