So far, police has arrested as many as seven persons who were involved in the case.

The accused have been identified as Nitesh Kumar, resident of Sathana village in Fatehpur tehsil, Kangra, Vishal and Pawan Kumar, both residents of Dev Bharari village in Nurpur Tehsil, Kangra.

Superintendent of Police (SP) Kushal Chand Thakur confirm the report and said that further investigation is going on. He also said that on Saturday, another FIR under section 420 and 120B of the Indian Penal Code (IPC) has been registered in State CID Police Station, Bharari in Shimla.

According to reports, the paper that was leaked had reached more than 1,000 candidates. Police on Saturday also interrogated as many as 12 candidates and their parents who had secured good marks in the written examination.

Meanwhile, Chief Minister Jai Ram Thakur had cancelled the examination that was conducted on March 27, disappointing thousands of candidates who were expecting recruitment after qualifying the written examination.

The state government has decided to conduct a fresh examination by the end of this month. 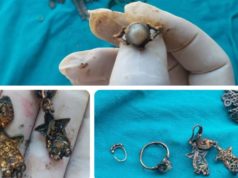