Kejriwal, while addressing a public rally at Chambi ground of Shahpur Assembly constituency in Kangra district, said if voted to power, his party would implement the ‘Delhi model of governance’ in Himachal Pradesh.

He claimed that the Delhi government has not allowed private schools to increase the fee and due to improved infrastructure and better education about 4 lakhs more students have been admitted to government schools, Kejriwal further added.

Delhi Chief Minister claimed of providing jobs to 12 lakh youth in the past five years.

Kejriwal sought five years from the electorates of the state and promised corruption-free and people-oriented governance. 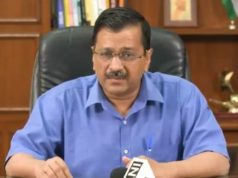