Kaza: A tourist from Manali died after he drowned in Chandratal lake in tribal district Lahaul-Spiti.

The deceased has been identified as Rahul Thakur (40), resident of Jagatsukh, Manali, district Kullu. The reason behind his fall is not yet known.

A search operation will be launched on Friday morning to recover the body and a post-mortem will be conducted thereafter.

Another tourist from Karnataka was found dead in Kaza. The deceased was identified as Shankar Bhargava (24) son of HP Shiv and resident of Bangalore, Karnataka.

He was brought dead in Community Health Centre (CHC) Kaza on Wednesday night. The cause of his death is yet to be known. Post-mortem of the deceased was conducted today. 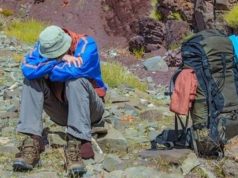