Pre-recorded calls had been made to some journalists and the general public in the state, pushing banned outfit US-based pro-Khalistan group’s agenda on Friday.

Many journalists in the state capital, Shimla informed the Police of receiving pre-recorded international calls since Friday morning, threatening that Chief Minister Jai Ram Thakur will not be allowed to unfurl the national flag.

The pre-recorded 53 seconds call mentioned that since Himachal Pradesh was part of Punjab and once Punjab would be liberated, they would ensure to take over the areas of Himachal as well.

The state police have also beefed up the security for Chief Minister Jai Ram Thakur.

Jai Ram Thakur talking to the media at Dharamshala said that he was not afraid of the threat and that the government has ordered an investigation.

Himachal Police has registered FIR under sections of IPC, UAPA and IT Act in Cyber Police Station Shimla against GS Pannu associated with overseas-based banned pro-Khalistan outfit ‘Sikhs for justice’ for sending threatening audio clip to people on Saturday.

Cooperation is also being sought from the Central Agencies in view of the wider ramifications, stated the spokesperson. 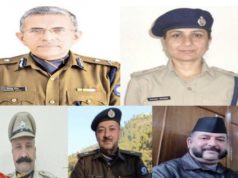 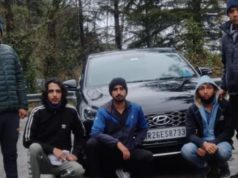