Mandi: One person has been arrested with two leopard hides, 14 nails and 10 teeth in Sarkaghat, District Mandi.

The accused has been identified as Ram Singh, a resident of Sarkaghat, Mandi.

According to the reports, a Wildlife team from Delhi had received a tip that a smuggler of leopard hides in staying in a hotel in Sarkaghat. Taking immediate action, the Wildlife team reached Sarkaghat and raided the hotel with Sarkaghat police. During the raid, police caught the accused red-handed and was immediately arrested.

Superintendent of Police (SP) Mandi Shalini Agnihotri confirmed the report and set a case under section 51 of Wild Life (Protection) act 1972 has been registered against the accused. She said that further investigation is going on. 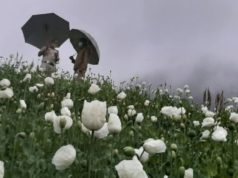 NCP will strengthen itself, to contest for all seats in Vidhan...