Shimla: Agriculture Minister Virender Kanwar has said that Japan International Cooperation Agency (JICA) is expected to be signed by March-end 2021 for the loan agreement for Rs. 1010 Phase-II of the HP Crop Diversification Promotion Project (HPCDP).

Agriculture Minister, in a Governing Council meeting of the HP Agriculture Development Society, on Saturday, said that “it will be implemented in all the 12 districts of the state to boost up the socio-economic status of farmers’ families as has been achieved in the phase-I of the project being implemented in five districts- viz- Mandi, Kangra, Hamirpur, Bilaspur and Una since 2011.”

Agriculture Minister asked the department and the project authorities to complete the preparations during the effectuation period of three months after the execution of loan agreement in March end, so that the project activities of the phase-II begin immediately.

Agriculture Minister further revealed that the new phase of the HPCDP will have the JICA Loan component of Rs. 807.30 crore while the State’s share will be Rs. 203.30 crore, which has been proposed with the objective to replicate the Phase-I pilot model in the entire state to explore untapped potential of vegetables as identified in master plan by JICA study.

Virender Kanwar said that in the next project 296 sub-projects for providing irrigation to convert 7433 hectares under crop diversification have been envisaged, while ten other sub-projects will be taken up for crop diversification conversion of 500 hectare, where irrigation facilities are already available. The targeted increase of gross income per hectare is expected to be Rs. 2.50 lakh at the end of the project from the existing Rs. 50,000 per hectare, he added.

Additional Chief Secretary (Agri) Nisha Singh apprised the members of the Governing Council about the progress made in Rs. 321 crore Phase-I of the HP Crop Diversification Project being implemented with the support of JICA and the Government of India and proposed features of the Phase-II of project. 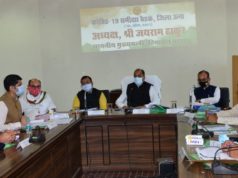 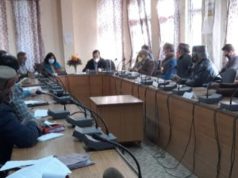 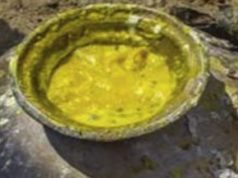