Announces a seed funding of Rs. 10 Crore for startups from Himachal under the Him Startup Yojana

Virtually addressing the event, Chief Minister said “IIT Mandi is a jewel of Himachal Pradesh. I congratulate and applaud the Institute on virtually organising the Himalayan Startup Trek during the Covid times”.

Bikram Singh, Industries Minister said, “I am happy to see IIT Mandi has incubated more than 100 startups in the past 4 years which have made a mark not just on national but on international level as well.”

“fund under the Him Startup Yojna will prove to be a boon for the new ventures in the state.”

Under the Himalayan Startup Trek, as many as 70 startup applications will be considered for incubation support by IIT Mandi Catalyst. During the 3-day event, 40 mentors/ investors will meet these startups. Selected startups will undergo an incubation program during which seed funding will be provided to them. A maximum seed support of Rs. 50 Lakh will be available to a single startup.

In its incubation program, IIT Mandi Catalyst will provide business and technical mentoring to the selected startups shortlisted under the scheme through a competitive pitching process. The next batch of incubation program will begin in the month of January 2021 and the startups will have an opportunity to raise funds from various funding schemes that the incubator hosts.

Launched in 2016, IIT Mandi Catalyst is the first incubator in Himachal Pradesh. It offers a low-cost, peaceful and high-tech destination to early-stage startups. At Catalyst, technology-based startups focused on economic and/or social impacts are provided high-touch support essential to bring their ideas to life. The startups supported by Catalyst have won 38 awards and generated employment for over 250 individuals. See more on www.iitmandicatalyst.in 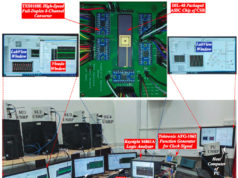 Staff member arrested for stealing 36 vials of Remdesivir from Kullu...