Shimla: Himachal Pradesh losing properties worth crores every year due to the heavy rain. This year only the state has suffered losses around 1200 as per the initial assessment due to landslides, cloudbursts and flash floods during this monsoon besides loss to 81 human lives and 493 animals. Heavy rain causing heavy damage to roads. Many roads were even completely wiped out due to landslides and rising level of rivers and rivulets.

The state has witnessed normal monsoon this year with just 6 percent rain deficit. However, heavy rain spell for three days in the month of June caused maximum damages. 201 landslides and 14 cloudbursts were reported this monsoon.

Chief Secretary Dr. Shrikant Baldi held a meeting with the members of the Inter-Ministerial Central Team (IMCT), which was in state to assess the damage from monsoon, and asked the Public Works, Rural development, Irrigation and Public Health and other departments to work out on an action plan to avoid heavy damages to human lives and properties in the future by making improvement in technique and infrastructure.

The Chief Secretary stressed on developing disaster-resilient infrastructure to face the challenges of cloudbursts, flash floods and landslips. He said that a study would be conducted with the help of experts before next rainy season to minimize the damages due to roads, electricity lines and drinking water schemes etc. due to heavy rains.

He directed the Public Works, Irrigation and Public Health and Rural Development departments to identify vulnerable points so that they could be make disaster resistant to avoid heavy damages every year during the monsoon period.

Dr. Baldi asked the Horticulture department to ensure timely reporting of damages to the horticulturists and payment of compensation well in time. He also underlined the need to deploy adequate men and machinery well before the onset of monsoon to counter any emergency situation with ease.

The Chief Secretary hoped that the IMCT will put up the case of the state with the government for adequate compensation as the state has suffered a huge loss due to heavy rains during this monsoon.

Joint Secretary of Union Home Ministry Sanjeev Kumar Jindal said that during the visit of the IMCT to various parts of the state, heavy damages were witnessed especially at Kathalag in Ghumarwin sub-division, Dhani and Lahru in Nurpur area of Kangra district, Rohru and Nerwa in Shimla district. 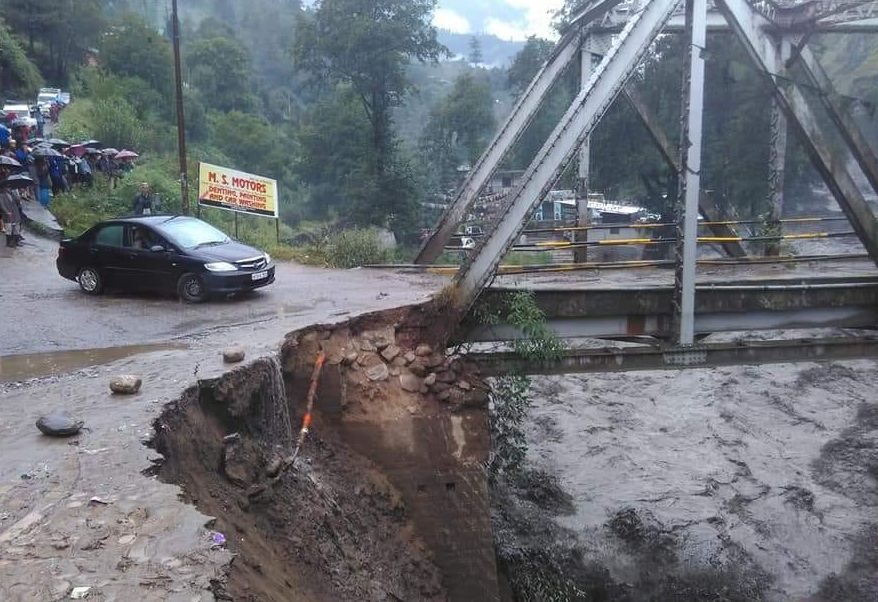 World Bank to give Rs 550 crore Development Loan to Himachal:...