Union Home Minister Amit Shah moved a resolution in the Rajya Sabha that Article 370 will no longer applicable and as well as state reorganisation bill.  Article 370 was allowing special status for the state and also allow state to have separate constitution.

As per the reorganisation bill, the Union territory in Ladakh will have no legislature, while Jammu and Kashmir will have a legislature. As Home Minister moved the resolution in the house, opposition leaders from Congress, CPM, TMC, DMK create ruckus in the house. Even a PDP member tore his clothes and another PDP parliamentarian tore copies of the constitution, following which Chairman M Venkaiah Naidu ordered to remove them from the house.

Himachal Chief Minister Jai Ram Thakur hailed the decision and termed it historic and bold step which would have far reaching impact on social and economic development of Jammu and Kashmir state besides ensuring the national integration. Jai Ram Thakur said that the decision was in the best interest of the nation for which Prime Minister Narendra Modi and Home Minister Amit Shah deserve appreciation. He twitted 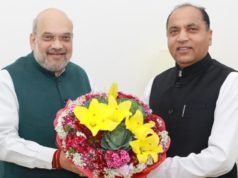 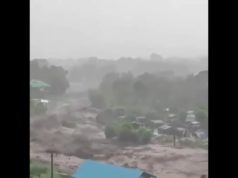 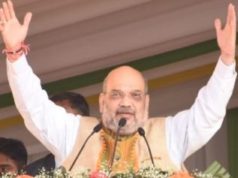