Secretary Himachal Pradesh Congress Committee and PCC member from Chopal Rajneesh Kimta on his Kupvi tour slammed BJP Govt for misleading common people. He was addressing public meeting at Kupvi and in his address, criticised Chief Minister for ignoring Chopal assembly segment and accused his Govt for partial against the province. He said that 14 panchayats of Kupvi sub-division have only 2 HRTC buses, which is not justified and condition of roads are also pathetic. He alarmed that the big pits are open threat for the commuters and inviting major accidents. Kimta stated that even after 60 years of independence, Chopal assembly segment is lacking basic amenities. He claimed that many panchayats headquarters are not connected with the road facilities and degrading health facilities are another cause of worry for the common people. He alleged that BJP led Govt is not interested to give basic facilities for them and urged electorates to throw them out from the power in the forthcoming assembly poll. He elaborated that Chopal has suffered in the hand of weak and directionless leadership and assured that if given party ticket he will ensure the even and rapid development of the segment. 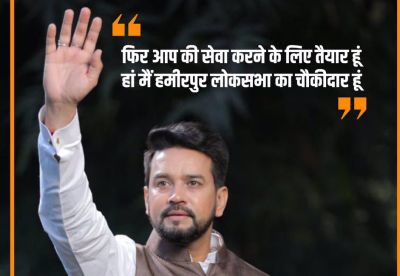 Himachal Lokhit Party raises serious questions against BJP, is someone to...