After recently concluded state Youth Congress membership drive now buzz about the president is making round the corner. Most of the leaders were aggressively carrying out a membership campaign of the Youth Congress to have an effective say in the coming elections. Till now there is no report about the election, but few names are cropping up. Former president of the state Youth Congress, Manmohan Katoch is likely to participate in the election and other big name is Raghubir Singh Bali, son of Congress leader GS Bali.

Other prominent name echoed was a Vikramaditya Singh, son of Cabinet Minister Virbhadra Singh, but he has revealed that he is not in the race for the State Youth Congress President-ship and added that the sole purpose of his state tour was to maximize membership.

“I am not in the race for the State Youth Congress President-ship,and the sole purpose of my recently concluded state tour was to maximize membership. As far as the question for the President-ship is concerned the Youth of the state and the High-command will be a better judge to decide on the issue as it is a totally democratic process from top to bottom, and I believe in Democracy.” 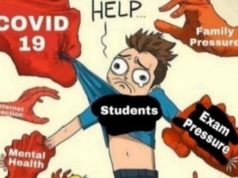