Industrial minister Kishan Kapoor said that around 48,000 people have been given jobs in various industrial and hydroelectric units in Himachal Pradesh in the last three years, of which 38,000 were locals. He added that Dhumal-led BJP government is committed to employ 70 per cent Himachalis in these units and as per the commitment government is doing so. Minister further said that employment fairs are being organised to attract even those industrial houses which do not have units in the state.”2806 industrial units were set up in the state in the said period, where Rs 6406 crore was invested.

As few eyebrows raises for the lack of desired workforce in Himachal, government has introduces new courses in the ITI and also opened few new ITI in the state to meet the requirement of the local industries. The state government has also sanctioned Rs 2.38 crore to 39 ITIs under the Modular Employable skill Program to give better training. 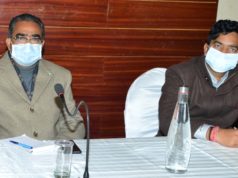 Himachal school board issues list of unrecognised board and Universities

Theog Rohru road to rejuvenate by 2015