Chief Minister Prem Kumar Dhumal lays foundation stone of Rs. 29 crore drinking water supply scheme at Darlaghat, which will be lift from Gambhar river. It would cater the need of over 40,000 populations in the area. He also laid foundation stone of Community Health Centre, estimated to cost Rs. 1.34 crore. He also inaugurated new Sub-Division of IPH at Darlaghat, today.

Chief Minister said that providing drinking water, irrigational and health facilities was on the priority agenda of the State Government. He said that the State Government would explore possibilities of opening up a Sub-Tehsil at Darlaghat by deploying Naib Tehsildar on experimental basis for a month to evaluate the revenue work load.

Prof. Dhumal appealed to the people to donate liberally towards Chief Minister’s Relief Fund instead of spending money over garlands, gifts and other souvenirs being presented to him during his visits. He said that the State Government had released Rs. 23 crore out of total Rs. 24 crore donated generously by the people towards the Fund during past four years and had benefitted over 13,000 people. He said that donations towards the Fund was real service towards the suffering humanity since the money thus collected was provided to deserving, poor and needy people in their hour of distress.

Chief Minister said that no hike had been made in the domestic power tarrif in the State while the power tarrif had increased tremendously all over the country during previous years. He said that while the BPL domestic consumers were getting power at 70 paise per unit, the APL consumers were getting the same at old rate of Re. 1.00 per unit, as the State Government was paying Rs. 190 crore to bridge the gap between the old rates and increased rates of power in the State. He said that no additional burden had been put upon domestic consumers since common man had already been crushed under steep price rise.

Prof. Dhumal said that the Mother Child Mobile Tracking Scheme aimed at checking female foeticide and taking care of the health of expectant mother and child as the health workers would constantly monitor the health condition of both of them. He said that there would be complete harmony in government schools with the completion of distribution of school uniform under Atal School Uniform Scheme by July end, since every student would be clad in same uniform irrespective of their social and economic status. He said that there was no section of the society and area in the State which had not been benefitted with the schemes launched during past four years. He said that all such scheme had not only resulted into winning 67 International and National level awards but the efforts had also been lauded by World Bank, NABARD and other International agencies. He said that State had been adjudged number one by Government of India in implementation of 20-Point Programme consecutively for the past three years. He said that the State had also won the biggest World Bank Carbon Credit project for its deep concern towards protection of environment.

Chief Minister assured people that funds would not be any constraint in carrying developmental activities. He assured of sympathetic consideration of the State Government towards the demands of people.

Ravinder Singh Ravi, IPH Minister, said that out of 8011 schemes of the department 2,500 were that of drinking water. He said that 15 big irrigation projects were under execution and 2,500 hand pumps had been targeted to be bored during current financial year. He said that Arki Assembly Segment had 740 hand pumps and more would also be bored on the demand of people.

Gobind Sharma, local MLA, welcomed the Chief Minister, and thanked him for setting a record by dedicating and laying foundation stone of schemes valued at over Rs. 32 crore. He said that the lift drinking water supply scheme for Darlaghat, Badi Dhar and other areas would fulfill long pending demand of people of the area. 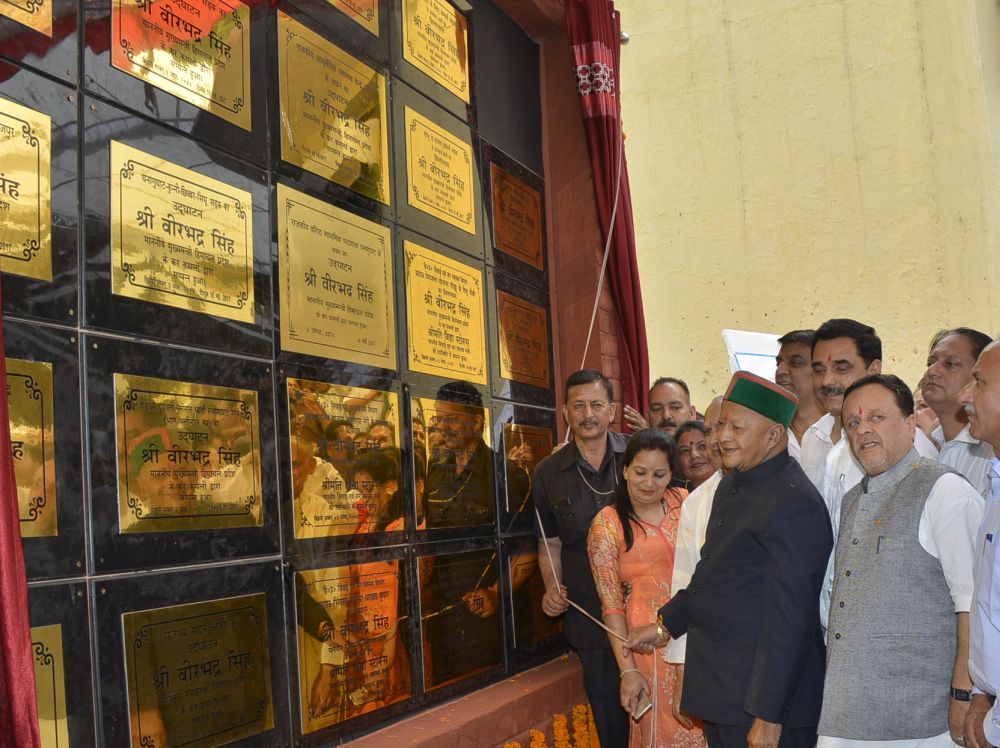 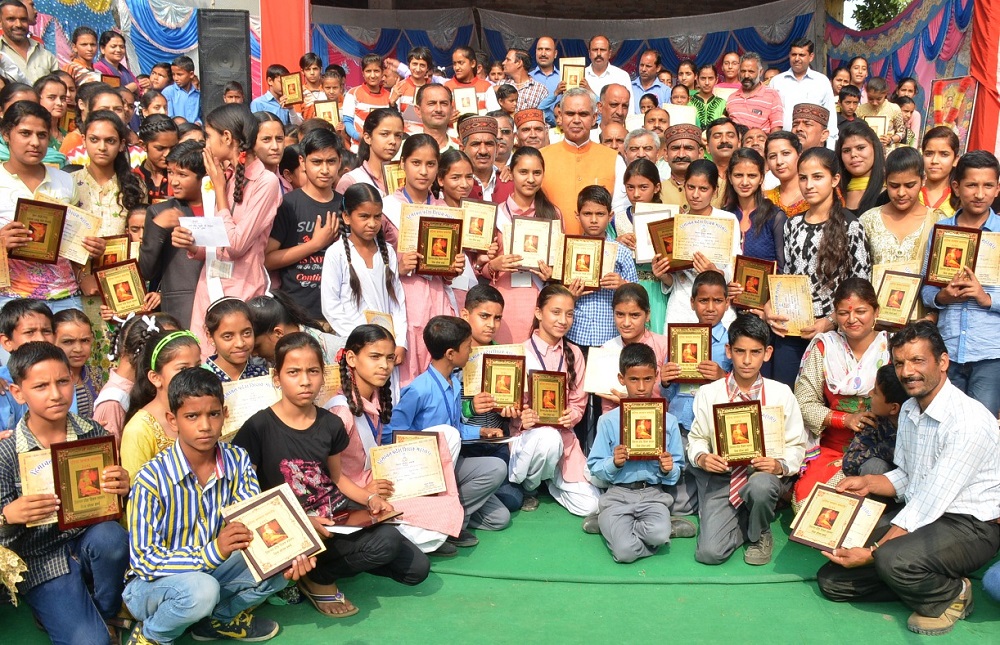 Two killed in bus accident near Anti in Jubbal Tehsil