The Division Bench comprising the Chief Justice, Mohammad Rafiq and Justice Sandeep Sharma, passed these orders in a petition taken up suo moto by the Court as Public Interest Litigation, on a letter addressed to the Chief Justice, by Pratap Singh Thakur, resident of village Bagshad in Karsog Tehsil, Mandi.

In the letter, the petitioner has alleged that more than 2000 posts of Junior Office Assistant and Librarian are lying vacant in the government schools across State and Education Department is not filling up the posts deliberately, so that the children of the government schools join private schools to pursue their studies.

He has further alleged that due to the lack of libraries and Librarian in government schools, children are lagging behind in competitive examinations. Such, children are leaving Government Schools and opting for private schools.

The petitioner has sought the indulgence of the Court to direct the State Government to fill up the vacant posts of Librarians in the Government Schools, on a priority basis.

The State Government has been directed to file a reply within three weeks’ time. 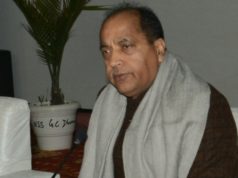 Govt to constitute Committee for appointment on compassionate grounds