Shimla: Stressing the need for water conservation, the state governor Rajendra Vishwanath Arlekar pitched to save even a single drop of water.

“Nature has blessed Himachal Pradesh immensely and the environment is very favourable. But, due to continuous change in the environment, the situation is getting serious and many natural calamities force us to think in this direction”, said Arlekar.

Arlekar stressed a need for a comprehensive management plan for rainwater harvesting, conservation and rejuvenating the traditional water resources.

“We need to save every drop of rain and stop the fast flow of water. It would be helpful in providing water in the areas where there is a shortage of water and also helpful in protecting the fertile land due to flash floods in lower areas,” he further added.

Asok Kumar apprised the Governor about the ‘Catch the Rain’ campaign. He said the basic mantra of the campaign was ‘Catch the Rain, where it falls when it falls.’

He said that the campaign has been given momentum in the state and a lot of work has been done, which could be augmented further. 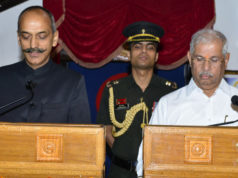 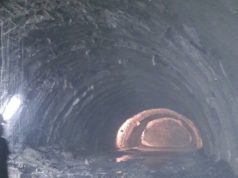 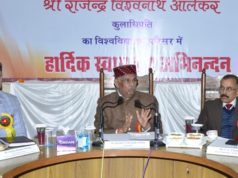