According to the Himachal Pradesh Municipal Corporation (Amendment) Act, 2021, the Municipal Corporation elections shall be held on the basis of party symbols of political parties and free symbols, instead of half, now three-fourth members can bring about no confidence motion against the Mayor or Deputy Mayor. 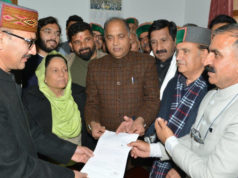