Kullu: The state is witnessing unprecedented tourists rush of late. The State Director General of Police Sanjay Kundu said that on Sunday more than 5,000 vehicles have crossed the Atal Tunnel Rohtang from both ends, which was the highest traffic till date.

Sanjay Kundu said that Atal Tunnel Rohtang had become a major tourist destination in a very short period of time. The tourists were preferring to visit the beautiful snow bound valley of Lahual and they were particularly interested to see Rohtang Tunnel.

Director General of Police said that the State Police was managing the bumper traffic in an excellent manner and it was being ensured that the tourists visiting these tourists place from various parts of the country did not face any inconvenience.

Kullu Police, as per information provided on social media, has arrested 25 unruly tourists for obstructing traffic in the tunnel. The district police has also fined 10 tourists and their fine realized Rs. 50,000. 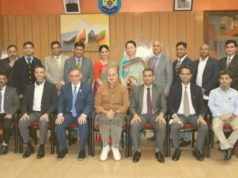