Doctorate in Plant Breeding & Genetics, Dr Sharma has over 35 years of academic experience and prior to joining Baddi University, he has rendered his academic and research services at Agriculture University Palampur.

‘Uday’ variety of buckwheat was released in 2003 for cultivation in dry desert areas of North zone (State level). He was also associated to produce nucleus, breeder and foundation seed of cereals, pulses, oilseed, vegetable and forage crop varieties.

Dr Sharma was associated with over a dozen ICAR funded projects, notable Harmonizing biodiversity conservation and agricultural intensification through integration of plant, animal and fish genetic resources for livelihood security in fragile ecosystems, AIRCP on Breeder Seed Production and DNA fingerprinting of hybrids and landraces of important field crops of Himachal Pradesh and assessment of their genetic purity using molecular markers.

Dr Sharma has been instrumental in establishing Agricultural College in Eritrea, N-E Africa during 2005 to 2007.

Dr JK Sharma is Life member of Indian Society of Seed Technology, IARI, New Delhi and Indian Society of Genetics & Plant Breeding, New Delhi. For his distinguish services in agri-research, he has been conferred with Community Plant Savior Award for 2016 from Ministry of Agriculture, GOI and Scientist of the year award (2008) by Society for Recent Advances in Agriculture. 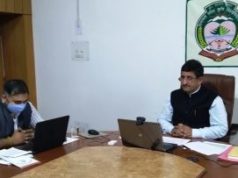 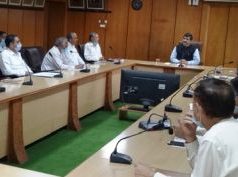