The equipments were handed over to IGMC administration by HPCC President Kuldeep Singh Rathore, who visited the hospital.

Rathore said that these health equipments were purchased by the State Congress Committee from the funds donated by the party workers for the Disaster Relief Fund created by Himachal Pradesh Congress during lockdown.

The funds were collected from party workers only, he added.

“Congress party had earlier given financial help to the Corona affected people and also distributed large amount of ration, masks, sanitizers across the state,” said Rathore.

He said, during the lockdown period, the congress party consistently helped the migrant laborers pertaining to their food, shelter and transportation along with helping the Himachalis in moving back to their native places.

He lauded the collective efforts of the party workers for their contribution to the service of the public. 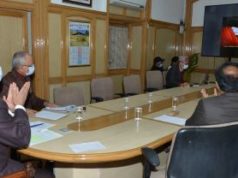