Residents of Lahaul cry for attention

Shimla: The Atal Tunnel Rohtang has brought in a mixed bag of boon and bane for the residents of Lahaul.

No doubt the tunnel connectivity is a boon for the region, which otherwise used to be snowbound and landlocked for over six months.

However, much to the dismay the huge influx of visitors wanting to witness the engineering marvel, a 9.02 km longest tunnel above 10,000 feet in the world named after former Prime Minister Atal Bihari Vajpayee has left the locals complaining.

Ever since the inauguration of the tunnel built by Border Roads Organization connecting Manali with Lahaul on 3 October, by Prime Minister Narendra Modi, the absence of strategy and infrastructure for a sustainable tourism to tackle the huge rush of tourists is weighing heavily on ecology and the local residents of the area. The place has been thrown open to chaos – traffic woes, parking problems, poor hygiene and sanitation has become an order of the day much to the anguish of locals.

A recently floated political party Azad Third Front of Lahaul and Spiti, irked with the magnitude of problems has drawn the attention of the custodians of the state including Governor, Chief Minister and the district administration and sought for immediate redressal of the same.

Azad Third Front Lahaul and Spiti leader Sham Chand Azad giving voice to the concerns of the residents, in a letter to the Governor Bandaru Dattatreya apprised him about the magnitude of tribulations and urged him to intervene to address the cleanliness woes that have resulted due to the rush of tourists.

“Udaipur, the home town of the local Member of Legislative Assembly and the Tribal Minister Ram Lal Markanda is experiencing a rush of tourist and pilgrims visiting Triloknath and Mrikula temples. The absence proper toilets and cleanliness is defeating the very purpose of Swachh Bharat campaign,” said Azad. 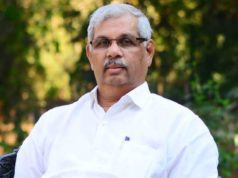 Chief Secretary stresses to take welfare programmes of the Government to...