Luis Leao Pinto refused to give up the crown of ‘King of the Himalaya’ for the second time in 2015 after winning the crown earlier in 2013. The top three riders in the Solo Men’s category – Luis Leao Pinto, Andi Seewald and Pau Zamora were stiff competition for each other as they competed neck-to-neck in the 600km long 7- stage race. The riders experienced a net elevation of approximately 50,000 ft as they rode though seventy degree steep uphills, uncontrollable downhills, cobbled pathways and single tracks other than the tarmacs, the meadows, the streams and the villages.

Considered to be a very challenging race, the 11th edition of Hero MTB Himalaya started out with 68 riders out of which only 54 have completed the race. The difficulty of the race being measured by the altitude of the race tracks, something even the most seasoned riders are not used to.

In the spirit of sportsmanship, the three leading riders – Luis Pinto, Andi Seewald and Pau Zamora finished the race at the same time at Mashobra. Luis Leao Pinto won the overall leader – King of the Himalayas in the Overall & the Open Men’s Solo category. Catherine Williamson (UK) emerged as the overall winner in the Open Women’s Solo category followed by Ilda Periera (Portugal) and Laxmi Magar from Nepal. Reimund Dietzen, the veteran pro-rider is the winner in the Master’s solo category.

Organizers also claimed to provide better and tougher routes in the Hero MTB Himalaya 2015. The total vertical climbing of the race was about 15000 m or 49212 ft (approximate) over 8 days made race one of the highest in the world. 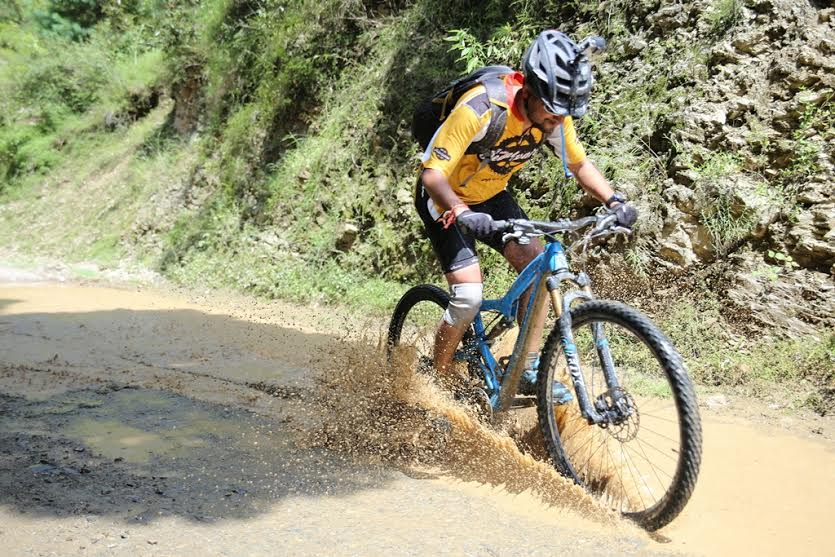